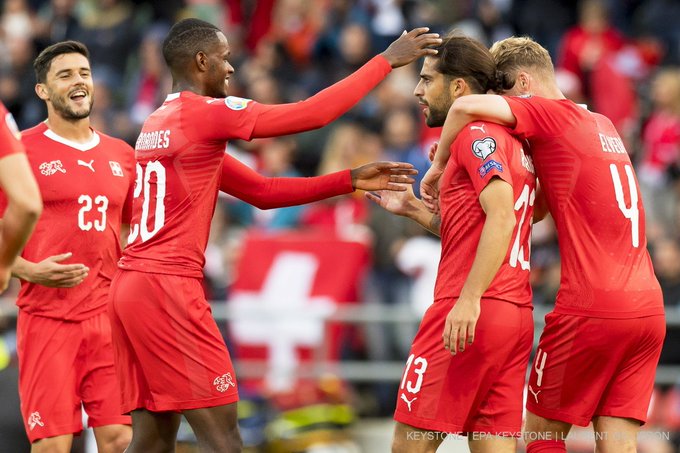 Denmark was held to a surprise goalless Euro 2020 qualifying draw in Georgia, boosting Republic of Ireland’s hopes of progressing from Group D.

Mick McCarthy’s side is unbeaten and remains top with 11 points from five games, while the Danes are two points adrift in second place.

Christian Gytkjaer could have won it late on for Denmark, but smashed his shot against the crossbar.

Switzerland beat Gibraltar 4-0 to stay third and are now on eight points.

Denis Zakaria, Admir Mehmedi, Ricardo Rodriguez and Mario Gavranovic were all on the scoresheet for the Swiss as they aim to finish in the top two spots for automatic qualification for next summer’s tournament.

The Republic face a trip to Georgia in their next qualifier on 12 October, with Denmark hosting Switzerland on the same day.

In this article:Euro Qualifiers, Georgia 0 - 0 Denmark