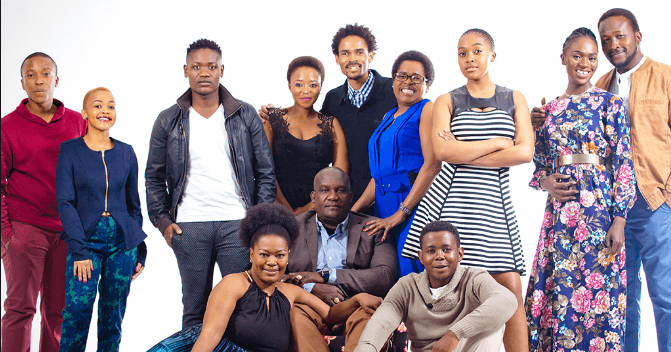 Malebana corners Mapitsi in a manner that leaves Botshelo chuffed. Alfred annoys Sthoko by butting into her business. Pretty is surprised when MaNtuli allows her to dine with the other side.

Kat is getting uncomfortable with the chemistry between Pretty and himself. Clement is not happy with the mark that Manaka gave him for the short story assignment.

Pretty crosses a potentially dangerous line with her brother’s best friend. Charles worries about the release of his nemesis from prison. Clement struggles to get through to Manaka.

Nimza is shocked to realise the fate of his relationship. A suspicious wife walks in on her husband’s innocent business meeting. Two neighbours compete for the services of a young landscaper.

Nimza struggles to accept his newfound relationship status. Tumishang and Botshelo find in each other an understanding they lack from most. Lehasa struggles to keep it together.

Pretty’s nocturnal escapades find her in muddy waters at home. Mokgadi is not too impressed with Principal Thobakgale’s attitude towards her son’s education. Tumishang takes a leap in revealing what’s in his heart to a young lady.

Nimza makes a shocking discovery and decides to confront someone about it. One of the teachers warns Alfred against plotting someone’s downfall. Botshelo and Tumishang’s relationship seems to be getting serious.

Kat opens a can of worms when he decides to come clean about his secret affair. Botshelo and Mapitsi are embroiled in another fight involving the former’s new beau. Leeto tries to argue Manaka’s case to his family but it falls on deaf ears.

Kat makes a mature decision that breaks his heart. Manaka still has to deal with Noah’s petulance. Celia is on a rampage to straighten things out.
Monday 14 October 2019
Episode 71

A young lady’s excitement is cut short when her newfound lover breaks up with her. Leeto is shocked to get the lowdown on Noah’s theory regarding Manaka. Botshelo is more than eager to share with her flatmate that someone is spending the night.

MaNtuli has a brutal ultimatum for stubborn Pretty. Tbose’s plan to broker peace between Kwaito and Kat goes pear-shaped. Botshelo and Tumishang’s conduct makes Mapitsi sick to her stomach.

Kat is shocked to find that someone has vanished into thin air. Mokgadi shoots herself in the foot. Mr and Mrs Kgomo have no choice but to seek help from the authorities.

A desperate father offers a handsome reward for any information about his missing daughter. MaNtuli takes a decision that is out of character concerning her daughter’s relationship. Leeto is only encouraging when it comes to Mokgadi’s failing quest.

Malebana is given a tight deadline to resolve Kele’s case. Manaka’s demise looms closer and closer. Kat and Pretty rejoice their parents throwing in the towel.

The heat rises when a local loan shark is interrogated for the disappearance of Kelebogile. Alfred gloats when a nemesis meets his impending fate. A young woman in love calls her brother out on his hypocrisy.

There is a major breakthrough in the Kelebogile case. Manaka finds out that a colleague has been plotting against him and confronts them. Kat makes a bold move and requests something from MaNtuli.

The police make a discovery that leads to the charging and arrest of Kele’s alleged attacker. Mr Desando brings Principal some not so good news about Manaka’s position in the school. Granny makes an endearing proposal to Kat so he can spend time with a loved one.

Malebana and Babeile discover new evidence that could exonerate the suspect they already have for Kele’s case. Manaka manages to convince two learners to help save him from the mess he’s found himself in.

The police make an arrest in the Kelebogile Kgomo case.  A staff member at Turf High is now more than convinced that Sthoko is plotting to replace Manaka. A controversial couple fights over a botched dinner date.

An opportunity arises for Sthoko after the downfall of one of Turf High’s beloved teachers. Kat struggles with having to explain himself to Pretty.

A distraught woman confronts Turfloop’s newcomer in public. Manaka embarrasses himself in front of his enemies. Pretty apologises to Kat for jumping the gun.

Malebana corners Mapitsi in a manner that leaves Botshelo chuffed. Alfred annoys Sthoko by butting into her business. Pretty is surprised when MaNtuli allows her to dine with the other side.